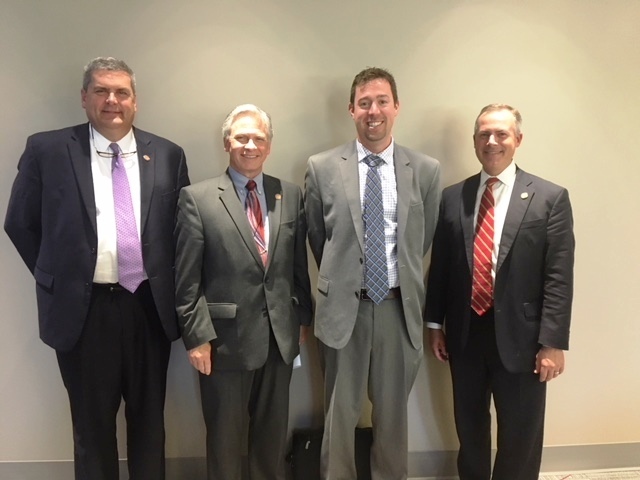 The HOPES meeting, held in Columbus, featured a panel of physicians, pharmacists, Central Ohio treatment centers, and public officials who discussed their unique perspectives on the opioid epidemic and ways to fight it.

Speaking to the panel and members of the HOPES Task Force, Dr. Squier emphasized tackling the epidemic from three fronts: treatment for those affected, legal/law enforcement, and educating the public.

Briefing the Task Force on Ohio ACEP’s NIX Opiates program, Dr. Squier said that, as the physicians who see the devastation of the opioid epidemic every day, emergency physicians are uniquely qualified to talk to students and parents about the science of addiction and overdose.

In March, Ohio House Speaker Cliff Rosenberger (R—Clarksville) announced the creation of the HOPES Task Force to find innovative solutions to fight the opioid abuse epidemic. Chaired by Rep. Robert Sprague (R—Findlay), the HOPES Task Force is holding meetings across the state to hear from healthcare providers, public health experts, law enforcement, the public, and government officials on their efforts to tackle addiction and overdose.